A Tasty Treat in Bath 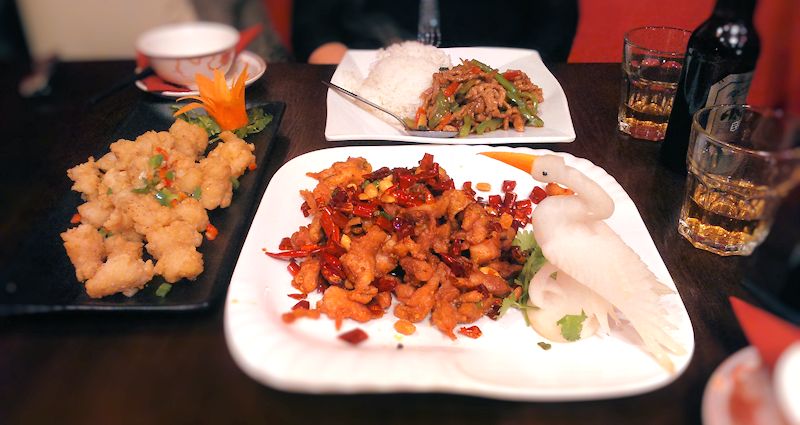 A little gem of a Chinese Restaurant in Bath, the aptly yet simply named “Tasty Restaurant”

9th February 2017 – While I’m digesting a truly memorable meal I have just had at the newly opened Tasty Restaurant in Bath, I thought I would take a few moments to share the experience.

This is a new venture in Bath, having been open for only a few short weeks as I write early February 2017. Tasty Restaurant offers authentic Chinese cuisine – yes an often used term, “authentic”, but when we were outnumbered 4 to 1 by Chinese customers, I would say that’s a positive accolade.

We ordered 3 dishes – rice with green peppers and tender pork, salt and pepper squid and Sichuan spicy chicken. It was all delicious, and freshly prepared. Standing guard over the chicken dish was a magnificently carved White Heron, which apparently the Head Chef prepares daily, constructing each masterpiece in no more than 10 minutes. 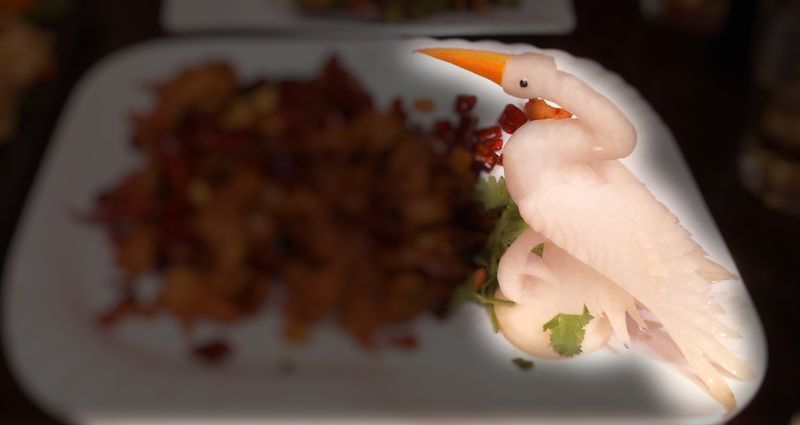 I love Chinese food, but all too often end up with the “Monosodium Glutamate” cough and a raging thirst that sees me through to the following morning. None of that here, not that the meal wasn’t helped by having a nice cold Asahi to wash it down with.

Two of us had as much as we could eat, a beer apiece, and including tip still came away with change from £40.

Strongly suggest you give this little gem a try if you like Chinese food, and prefer something a little more individual than sweet and sour pork balls with a suspiciously luminescent pink sauce!!

This is a demo store for testing purposes — no orders can be fulfilled yet. Dismiss